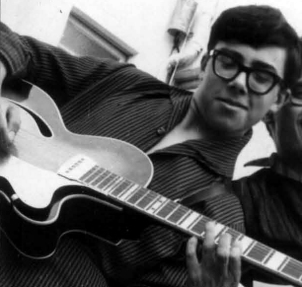 Santi Picó was born in Barcelona. At 13 he became interested in a new music which at that time came to Spain little by little: rock & roll, but the actual moment of the consolidation of his vocation should be placed on that day in 1961 when he heard on the radio a completely different sound: a band called The Shadows was playing Apache. From that time his interest in rock & roll and guitar in all its variations, was unstoppable and growing. Nevertheless, he had to continue and complete his studies as a Chemical Ingineer at his parents’ request.