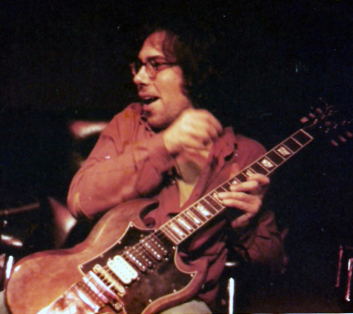 In the 70's he took part in recordings and toured with bands and performers like Los Mustang, Los Diablos, Santabárbara, Los Sirex, Lorenzo Santamaría, Los Salvajes, Peret... to name a few. In 1977 he took part in the Spanish tour of the rock opera "Hair". He studied Modern Harmony in Aula de Jazz y Música Moderna de Barcelona the year after its opening. He founded the duo Gabriel along with Xavi Garriga, with whom he recorded two singles. Despite the low impact of the records, they swept through pubs in and around Barcelona for two years. In 1979 he presented some demos to Fonogram and signed a contract to record his first solo album "La Llave De Plata". He set up his own band and performed his music with very good response from audiences and critics. Particularly noteworthy was the highly favourable welcome to his second album "Oasis" in the prestigious U.S. magazine Guitar Player in 1981.