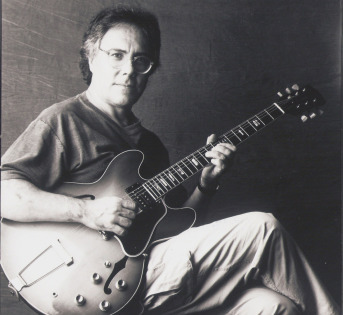 In 1992 he left Sonocentro and created his own private studio devoted almost exclusively to his own productions. It is then when he began creating music for radio and television commercials, an activity he still keeps to the present. He formed Boom Boom Band, that became the usual accompaniment of various artists from the Revival scene such as Lorenzo Santamaría, Tony Ronald, Jeannette, Micky, Mike Kennedy (Los Bravos), The Supremes, etc. His great love for the blues led him to create Santi Picó Blues Band, which for a couple of years performed regularly in local circuits of Jazz and Blues in Catalonia and Valencia. By this time he was asked to join the band of the late American bluesman Johnny Copeland on their Spanish tour. In 1998 he was a founding member and producer of Guitarras Mestizas, a group in which he and four other renowned guitarists of different styles such as Max Sunyer, David Palau, Joan Vinyals and José Gómez "Chicuelo" performed personal versions of well known songs, with guitars as unique instrumentation. This group recorded two double Cd's, was very warmly welcomed, and offered a series of concerts in Spain and Portugal. Finally the group dissolved because of the difficulty of combining their schedules.